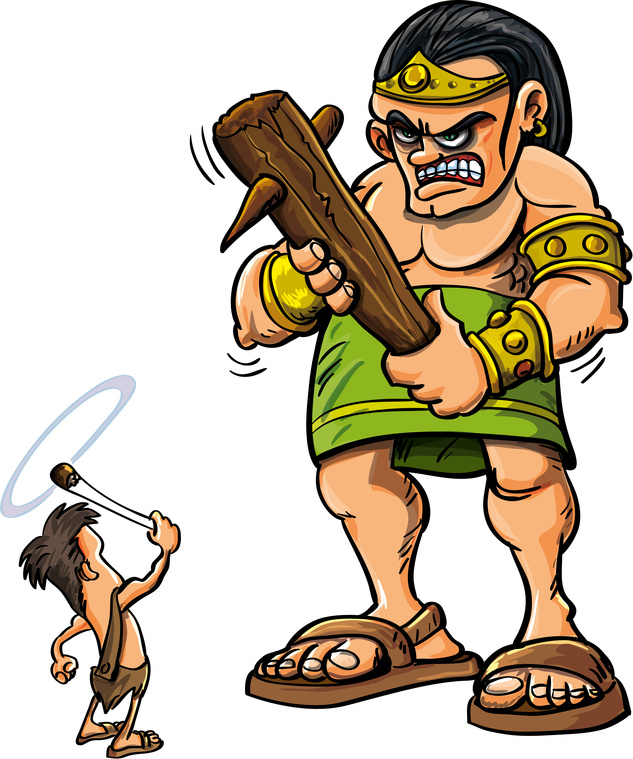 Malcolm Gladwell tells the story of David and Goliath as an unfair contest with odds stacked against the giant. Shepherd David with his simple but precise sling shot isn’t the bravest of King Saul’s men but the one who recognises the deadly disadvantage of an unwieldy, heavily armour-clad, sword-bearing infantryman in one-on-one combat.

Gladwell is a master storyteller, and listening to his talk on the story of David and Goliath at TED sparked three delightful fireworks.

First, David was agile. He had no doubt he could hit the giant right between the eyes if not first time at least within five attempts – we are told he collected five stones on his way to the fight. The killing range of his sling shot was far greater than the effective range of Goliath’s sword, so he had all the time in the world to take those five shots.

Second, Goliath represented an inferior and flawed practice, one that needed to be killed-off figuratively and literally. Modern soldiers are likely to engage in close combat, in an urban environment, where agility, adaptability and innovation count for more than robust armour and an invincible defence. Goliath was the established way of doing things and David’s proved to be a better way.

Third, David, according to Gladwell’s research at least, had some luck on his side. The rock in the area has a much higher density than other rock, so the stone David struck Goliath with had a more devastating impact than expected.

To the watching armies, the whole exchange must have been a revelation. Certainly a story worth retelling. Gladwell reframes David to us as a pragmatist rather than the underdog. Perhaps he is letting us know he was an agilist too.