Scrum in Large Organisations: Are you LOST? 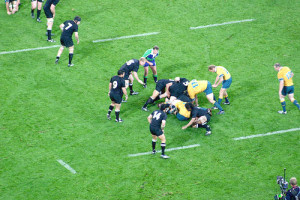 Scrum was never intended for large organisations but those are the places it’s being used. People doing it often seem quite lost, hence the need for a simple guide to surviving Scrum in large organisations. With tongue firmly placed in my cheek, I suggest it be called LOST: the Large Organisation Survival Guide To Scrum!

What’s “The Agiliser” Doing These Days?

Those following me know that I’m now back in the world of large business once more; helping teams improve using Agile methods. Except that, as we all know only too well, Scrum is ideal in ideal situations, such as green-field sites, but has to be “introduced rather more carefully” into complex existing hierarchies and circumstances.

My job title is Agile coach, and depending which of my (many) bosses you speak to, my remit is to improve: Scrum, Agile practice, agility, processes, management, delivery, efficiency, organisational alignment, health and happiness.

In practice I simply focus on “improvement through coaching” and try to help individuals, teams and groups become more effective. Doing that with 300+ people at every level of a large organisation means I see a bigger picture, which just happen to sit well with my Agile Process Improvement background. Of course, all firms operate differently and so increasing effectiveness is more important than being Agile, and increasing agility more useful than following the rules of Scrum.

Agile Process Improvement and the Zeitgeist

It’s pleasing to discover that the Agile Process Improvement methods developed with my Storm Consulting colleagues fits very comfortably with the work of other modernisers and reformers. This is the ‘zeitgeist’ – we are involved with a movement whose time has arrived. Daniel H Pink, Ben Linders, Frederic Laloux, Jurgen Appelo and Ash Maurya immediately come to mind as people working in this area.

Interestingly, it remains a movement with many names, rather than an actual “thing” with a name. Perhaps that only comes when they write the history books years later. (Less interestingly, I’ve been wanting to use the word zeitgeist for years, and I’ve just done so three times!)

Patrick Sarfati’s adaptation of Scrum to suit large organisations is the subject of a document that I am now producing. It’s the result of his 20+ years of coaching large international organisations such as HP and Amadeus, as well as collaborations with many of the great and good of the Agile aristocracy.

As I’m writing it I’m also evolving the method, which is a little strange, as I have to navigate between documenting the current known version or the ‘improved’ but unknown version.

I’m also so used to publishing what I write that much of it will likely appear among my posts here or on my LinkedIn blog.

So, if you are LOST doing Scrum in a large organisation, then have a giggle at this amusing acronym, and know you aren’t alone and help is on it’s way!